The use of Donut charts seems to be a rising trend. Simple donut charts look a lot like pie charts. A donut chart is used to show parts of a whole, so you might even think that it is just a pie chart with the center cut out. Even though donut charts are pretty similar to pie charts, they actually have more features. They are able to plot more than one data set and they give the presentation a fresh look. Today, we will be talking about how to make a donut chart in PowerPoint. 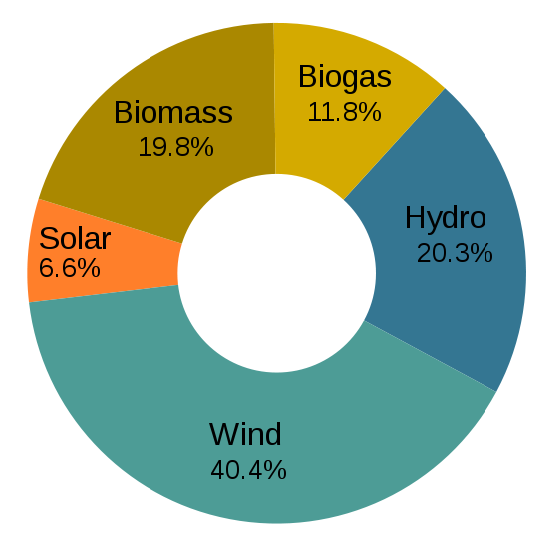 They look almost identical to pie charts, but they have more features. Despite their appearance, they are actually really easy to make in PowerPoint. This is because they are built-into PowerPoint itself.

Why Use Donut Charts?

There are many advantages to using donut charts. They can be used to show things like market share, poll results, budget spending, or any other parts of a whole. You can also use them as a substitute when there are many pie charts in a presentation.

Donut charts look great with a few portions, but more than three or four wedges can start to get difficult to understand. These charts are also harder to label. You can either make the labels and drag them on the chart, or move the labels outside the chart.

Donut charts are a great substitute for pie charts. Next time you make a PowerPoint presentation, why not choose a donut chart to give your presentation a fresh look.

English: Electricity generation from renewable sources in Germany, in 2009. by Elekhh [CC BY 3.0] via Wikimedia Commons